At the top of the rankings, and for the third time, of the prestigious Best Of Boats Award is Tecnorib, this time competing with the Pirelli 50. The Tecnorib flagship, which recently became Sacs Tecnorib, licensee of the Pirelli and P. brands for inflatable boats, won a place among the finalists for the Best For Fun category.

The most coveted award of the leading nautical players has only twice been given to maxi-ribs and both times it was for Tecnorib models from the Walkarounds range. 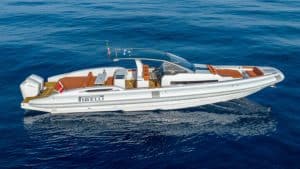 jury has chosen a boat with extremely high-quality design, habitability and performance features. In fact, with a length of 15 metres and a top speed of 50 knots, the Pirelli 50 confirms everyone’s expectations and even exceeds them. Tecnorib is synonymous with excellent performance and advanced technology in the nautical world, but with the Pirelli 50, there is more. More specifically: this Pirelli Maxi-Rib was designed by the Mannfelt Design team who combined the sportiness of a Rib with the elegance of yachts, creating a masterpiece of sobriety, style and performance. What is amazing is that not only the technological and naval part has been carefully thought out to provide the ultimate experience for the owner, but also the interior has been thought through down to the last detail. Conceived as a luxury vessel, it has been designed to provide maximum liveability and comfort on board, favouring open spaces from the stern to the forward cabin with the elegance and taste typical of much larger vessels. Remarkable stability when underway, comfort on deck and the possibility of walking freely between the stern and bow thanks to a convincing walkaround deck make this Pirelli 50 one of the best Maxi-Ribs in its category.

This announcement both confirms the industrial growth on which Tecnorib has been focused heavily in recent years and celebrates the expansion of a category that is garnering increasing attention in the boating industry, with a significant increase in demands and sales. Sacs Tecnorib convinces and conquers, not only owners and enthusiasts, but also the BOB Award jury, hoping that it will do so to the end by winning that prestigious award. 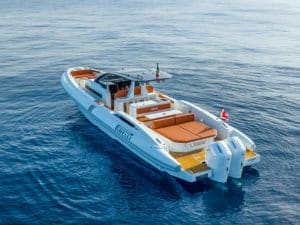 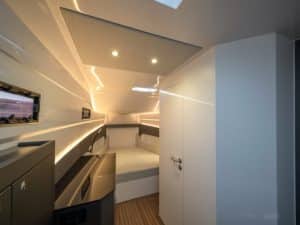